A Glimpse Inside Our Operation

Many people, friend and foe alike, are curious about the inner workings of our operation.

As a long-term participant I have had more than just a slight glimpse into our operation.

However, security must always be considered. Not just mine. Everybody’s!

Therefore, I must choose my words carefully. Very carefully.

You work in an insane asylum. One day the inmates revolt and take over. You have to think fast in order to save yourself. You have a Eureka moment. A great idea.

You decide to pretend you are one of the inmates!

Of course, this is a delicate balancing act.

On the one hand, if you act too normal, you won’t pass as crazy.

On the other hand, if you act too crazy, you won’t be taken seriously and have any say in the new regime. (Remember, we’re talking about inmates of an insane asylum. NOT elected government officials!)

In other words, you have to consistently act and talk half-crazy, half-normal.

Of course, this scenario is an exaggeration.

My reasons are as follows:

First, it makes it clear to everybody that I’m exaggerating.

Second,  people are less likely to be shocked or offended.

Third, this introduces an element of humor. (Or, in my case, dumb jokes.)

I also use this technique in training. I’ll say something like this:

Of course, this is an exaggeration. But I am not exaggerating as much as you might think!

Insofar as the above scenario is concerned, I’ll be diplomatic.

I simply won’t specify the degree of exaggeration…if any…

Recently a new recruit experienced something akin to a rite of initiation.

He was subjected to a torrent of “ccs” (ccs = email copies).

In theory, the purpose of this is to familiar the new guy with our operation and “SOP” (SOP = standard operating procedure.)

In practice, it’s more like being staked in an anthill.

Occasionally the ccs get really annoying. Even to us old-timers. But try as we might, we can’t find their origin. It’s as if somebody’s evil twin brother were taking sibling rivalry a little too far. And making all of us suffer in the process. So we complain and the flood recedes. Leastwise a little. For a while.

“Baron” is a pseudonym.

But I have an additional reason for hiding my real identity.

Sometimes I just need to get something off my chest.

And I don’t want to get the boss ticked off at me! 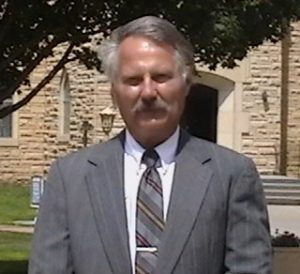 Gerhard Lauck is well-known. He has many friends. More than he knows. He also has many enemies, some of whom he treasures almost as much as friends. Read More